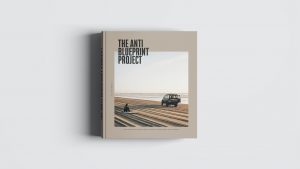 The “Anti-Blueprint Project,” written by Jonathan Weaver, follows the stories of 50 people from all walks of life who escaped the cycle of the 9 to 5 lifestyle. Paired with portrait photography, the book encourages people to find what makes them happy and disregard societal expectations.

“A Letter to My 14-year-old Self” is the blog post that inspired Weaver’s book. This post reflects on Weaver’s life, including the things he would say to his younger self now that he has a family of his own.

The blog post received an outpour of support and letters from people detailing what they would tell their teenage selves. Weaver said he was surprised that a single blog post had gained so much traction.

This inspired Weaver to share the wisdom encompassed in his letter. He set out to answer one question, where do people end up if they create their own path and escape the traditional 9 to 5 career?

“That was my goal with this, you know to show people that you don’t have to be perfect, you know, we all suck at one point,” Weaver emphasized. “You know I’m still trying to figure out what I want to with with my own future and I’m 41 with two kids.”

Weaver gathered a team and started fundraising on the crowdfunding platform Kickstarter. 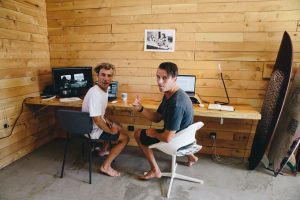 The goal was to expose the conditioning that encourages people to work their lives away, beginning at a young age in the school system.

“I have two kids, a five-year-old and a two-year-old. Having lived in the US, I worry a lot about the amount of pressure that is put on kids your age to do amazing in school, do amazing in sports, be a nice person, do this, do that, like, all of these things to be perfect,” Weaver said. “I was kind of shitty to my parents at 17.  I told my parents that I wasn’t going to college, I did all the shit you shouldn’t do.”

Weaver wanted to make sure that readers would relate to the stories he shared and the people who lived them. However, he struggled to find people who were willing to be interviewed about their life and got turned down quite often.

Weaver also wanted to include subjects who were not “beyond the realm of comprehension.” That is, he did not want to tell the stories of people whose lives were extraordinary and unattainable for the average person.

Interviews consisted of one-hour Zoom calls, which were followed by a 500-word story of each person.

The majority of people who Weaver spoke to shared a common link; they all escaped the traditional 9 to 5 lifestyle. Foster Huntington, a film producer who lives in Columbia Gorge, OR, was one of the people Weaver interviewed.

“He actually worked for Ralph Lauren in New York for two years and he did everything you were supposed to do,” Weaver said. “He was like, ‘this is terrible, I go to work at 8 a.m., I finish at 8 p.m., why am I doing this?’”

COVID-19 did not stand in the way of Weaver’s creative process, in fact, he said that the book wouldn’t exist if it wasn’t for the pandemic. Like many people, Weaver’s schedule was fairly empty.

Weaver explained that he isn’t the type of person to pay attention to details and is more of a hands-on, power through to the end kind of person. Having a team to support him made the process go much smoother than doing it alone.

“I don’t know what I’m going to be when I grow up, I might write another book,” Weaver said. “I don’t know and that’s fine! I think there’s a lot of pressure that shouldn’t be there.”