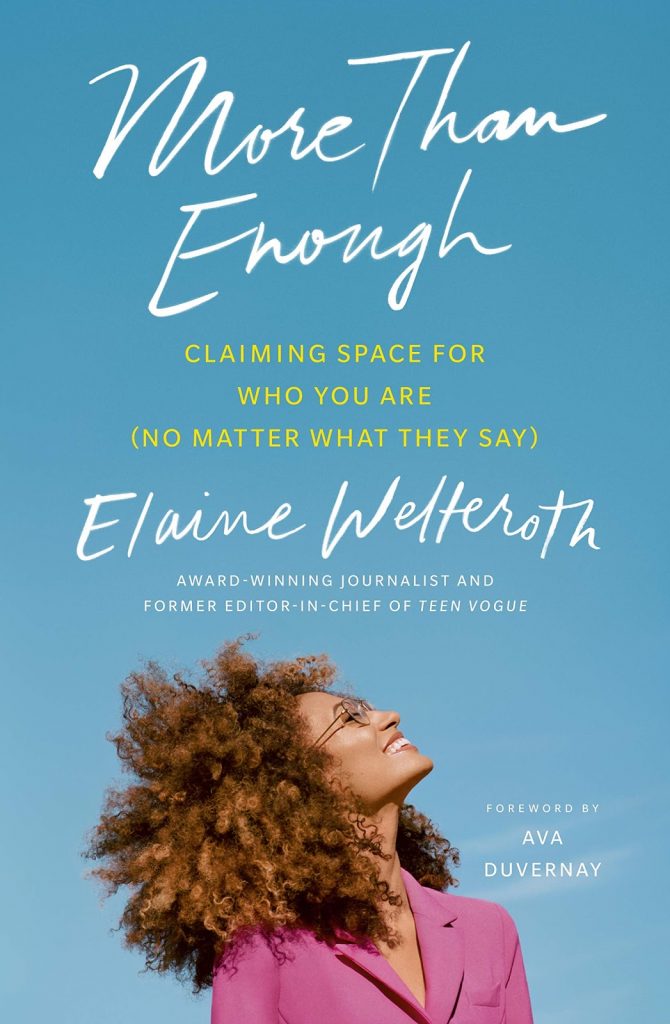 More ThanEnough is an extraordinary book (memoir) where Elaine Weltroth talks about her experience as a biracial woman in America.

Welteroth covers several topics from mental health issues to her time as editor in chief of Teen Vogue. Most importantly, how to love yourself for who you are; that you are enough.

While listening to the book, I found that our experiences were so similar, especially when she discussed her experience as a biracial woman, struggling to fit into both worlds, was something I related to.

There’s a famous quote by Abraham Quintanilla in the movie Selena where he discussed this experience as a Mexican-American. “We have to be more Mexicans than Mexicans and more American than Americans.”

Another point she talked about was how white supremacy is deeply rooted in our Iives. I remembered growing up watching Mexican telenovelas. The people acting were almost always fair-skinned with dirty blonde hair and light colored eyes and generally had Euro-centric features. I never saw people being represented who looked like me and, in turn, made me want to look like them. Welteroth also struggled with this and it was comforting knowing I wasn’t the only one. In the end, she realized that she was “More Than Enough,” and embraced her differences, rather than be ashamed of them.

I found her story incredibly inspirational and uplifting. Being the first black person to ever hold the editor-in-chief position of Teen Vogue goes to show how determined she was to build spaces for those communities who usually don’t see themselves being represented.

In light of everything happening in America, I think this is an insightful look into what it’s like to be a biracial woman in America. I would definitely recommend this to anyone!

Clark College librarian, Beth Caldwell, suggested the following books related to journalism and activism: Tweets and the Streets Social Media and Contemporary Activism by Pablo Gerbuaudo, Articulating Dissent; Protest and the Public Sphere by Pollyanna Ruiz, and News to Me by Laurie Hertzel.

Caldwell also wanted students to know about the available resources. “Right now, we are not planning on opening the library over the summer. Students will still have access to eBooks, databases, articles, streaming films, and online class guides any time and can reach a librarian via chat or email.”

Lastly, I’d like to end this with one of my favorite quotes from the book: “When you exist in spaces that weren’t built for you, remember sometimes that just being you is the revolution.”