On Feb. 29 Gov. Jay Inslee declared a state of emergency in response to the rapid spread of COVID-19 throughout Washington state. Washington was home to the first Coronavirus case in the U.S. which then spread throughout the country.

Inslee enacted the “Stay Home Stay Healthy” stay-at-home order on March 23. The order required residents to stay at home unless they were leaving their homes for essentials like groceries, pharmacies, work and exercise.This also entailed closing all non-essential businesses. On April 4, Inslee said cases had doubled in the time since he declared a state of emergency; so the act was extended twice, first from April 4 to May 4, and again from May 4 to May 31.

In the early stages of the stay-at-home order we saw the curve begin to flatten out. But as restrictions began to let up we saw an immediate increase in positive cases. I think this shows us that it’s too soon for us as a state to “go back to normal.”

It seems to me as counties open up people are forgetting that we are still in the midst of a pandemic. I think that our government is not doing enough to encourage people to wear masks. I also think the government needs to provide masks to businesses to offer to customers like grocery stores and pharmacies. Restaurants should stay take-out only. Because in order to eat one must take off their mask. If they had to wear a mask to get to the restaurant shouldn’t be open for dine in. 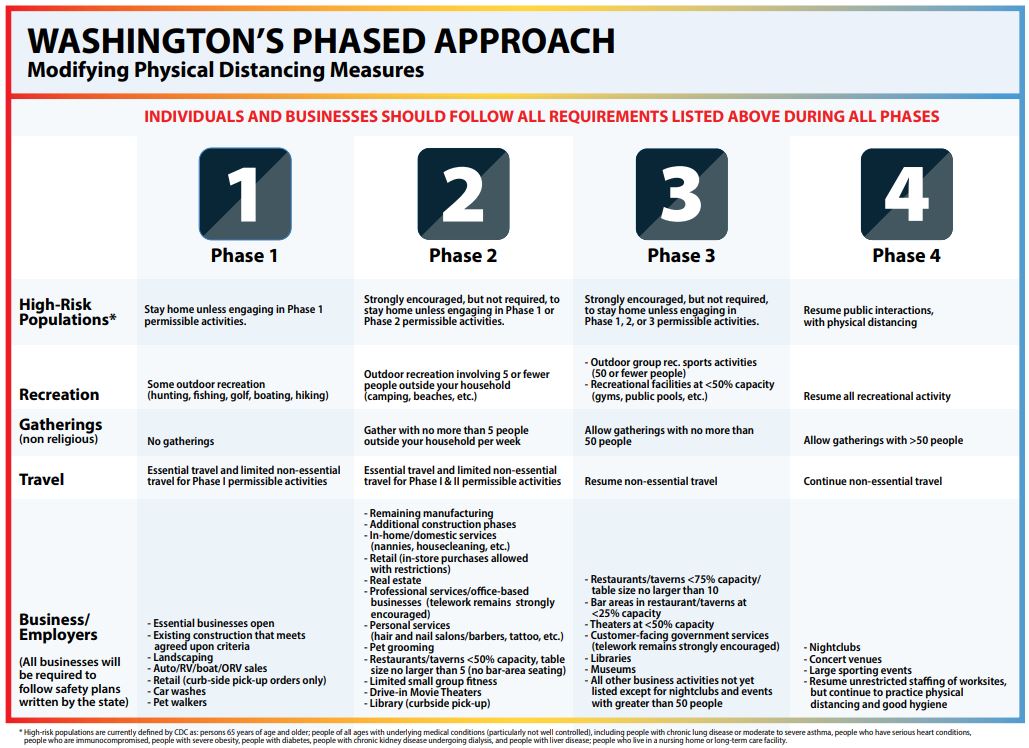 Under the Safe Start Washington plan, businesses and activities will re-open in phases with physical distancing measures and health standards in place. This meant that on  June 1, each county could begin reopening from their current phase, and based on certain criteria, could apply to advance into the next phase.

The criteria for moving onto the next phase is: less than 25 new cases per 100,000 residents of a county, a flat or decreasing rate of contraction and at least three weeks spent in the previous phase.

On May 22 Clark County submitted a variance request to move onto Phase 2 and was denied because of the Firestone Pacific Foods outbreak that resulted in a total of 132 new cases. 125 of which were Clark County residents

Despite the Firestone outbreak and another outbreak at Pacific Crest Supply, Clark County officials submitted a second application to enter Phase 2 on May 28.

Surprisingly Clark County’s request was granted by the Washington Secretary of Health John Wiseman; who has been overseeing each county’s requests.

Are Clark County officials placing more importance on the economy rather than the health of its residents? Here is a chart of the total number of cases as of June 17. 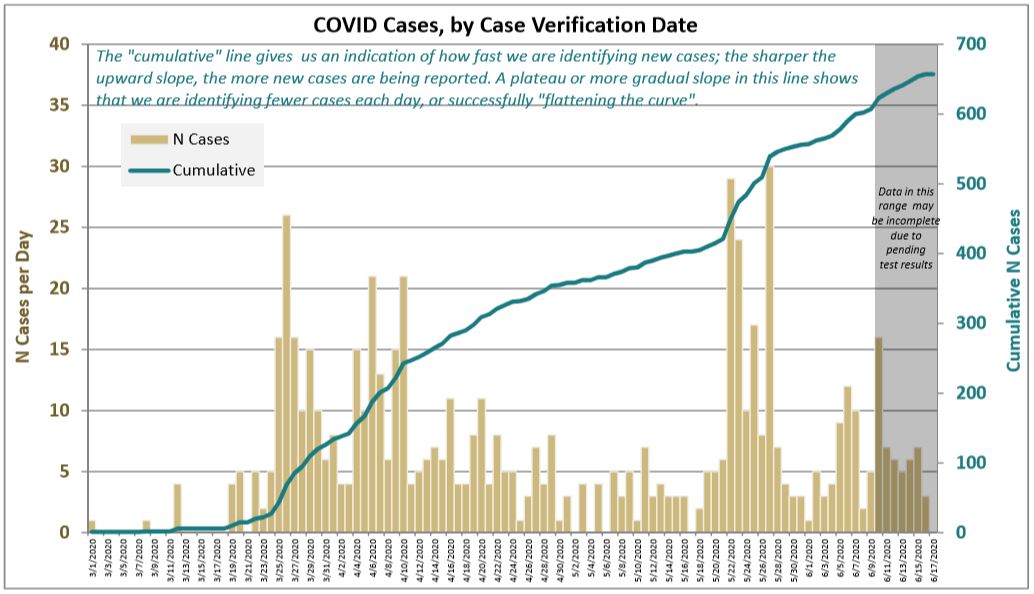 Although we had 25 more cases than permitted Clark County was still opening for non-essential businesses. Until we see the curve flatten out permanently I don’t feel we’re ready to re-open.

Alan Melnick, public health director for Clark County said in a recent board of health meeting that, “The reason why we were able to move onto Phase 2 is because the number of tests needs to be 50 times more than the number of cases. We feel confident we can identify the number of cases in the jurisdiction.”

Clark County is the fifth largest county in Washington State by population but only 34th largest by size. Meaning the rate of transmission is likely much higher and faster than other counties with lower populations and larger more rural areas.

This means if our residents don’t continue to wear masks, stay 6ft apart, and frequently wash their hands the amount of cases will only increase.

Public health officials are concerned with the rate of transmission across Washington’s communities. Officials feel if communities do not take action right away there will be a giant increase in cases; even worse than initially

In a media advisory meeting, Lacey Pharanbo Deputy, secretary of health for Washington state said, “We do know that there is not the level of masking that we’d like to see. We have to keep reminding people that going back to normal doesn’t mean we let go of these non-pharmaceutical interventions.”

“Intensive mitigation efforts are now required to reduce community transmissions. This is the same tone we had when we first saw these cases,” said David Postman, chief of staff for Gov. Inslee.