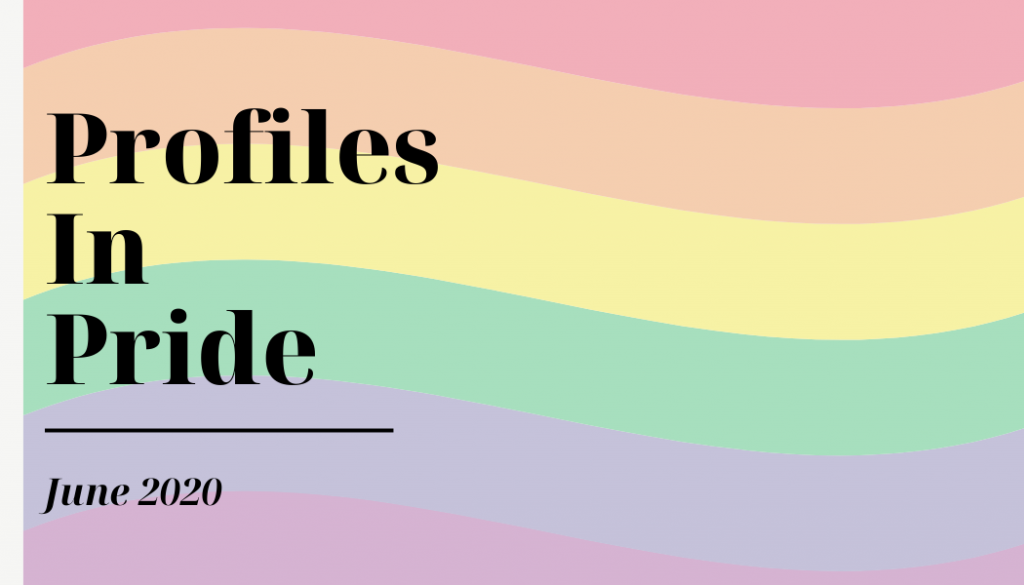 Pride began with a riot led by transgender women of color, further granting others the freedom to be whoever they are. Throughout the current climate, this series will continue. June 12th, 2016 marked a tragedy that many will never forget, the mass shooting inside Pulse, a gay nightclub in Orlando, US . Pride month has been a symbol of the strength within the community. This profile serves as an insight into the stereotypes in the queer community and the strength it takes to overcome or accept said stereotypes.

Stereotypes exist in every part of the world, including In the queer community.

18-year-old Patrick Catacutan had always feared of being stereotyped as the “super flamboyant” gay kid and the effects of that stereotype have followed him like a shadow. For years, he has struggled with trying not to fuel the stereotypes while trying to become comfortable and true to himself.

Growing up, Catacutan had a difficult time becoming comfortable socializing with people in general. Now adding the weight of being a first-generation college student, and coming out as gay, Catacutan has had his fair share with stereotypes.

“My parents immigrated here in 2005 and weren’t able to complete higher education in the Philippines,” Catacutan said. Even though his parents only wish for him to “stay out of trouble and finish college”, Catacutan said that he has a lot of room to figure out “how to fill in the blanks,” leaving him to set his own goals and figure what to do for himself.

“Stereotypes tend to create misunderstandings and so just in general, they really shouldn’t be how people form their thoughts of others, but sometimes that’s just how things happen,” said Catacutan.

Catacutan says he has always been a free-spirited person, although during high school, he became less confident and he has always wished he had been more present. He never believed that telling his teachers or fellow peers would benefit himself in any way.

“To me, the teacher-student relationship is supposed to be one teaches and the other just learns, but I had a really great opportunity to tell one of my teachers about me being gay, but just didn’t really see a reason to it.”

“Regarding my peers, I just didn’t want to be disruptive with that sort of information. Once again, the whole ‘what good does this information do for anyone?’ idea” he said.

Catacutan says he regrets it and maybe if he would have been open, he could have experienced more.

“I think I could have had stronger ties with some of my classmates if I did confide more in them. I might have actually given school dances a legitimate thought. I never had a partner to take to one of those things so I got a bit dejected thinking about those sorts of things.” he recalled.

“It’s kinda regrettable that I didn’t tell them because I feel like a bunch of irrational doubts could have been erased that way. I definitely had many people who were willing to hear me out, but I never took those opportunities,” he stated.

Now, Catacutan admits that there is nothing he can do to prevent being stereotyped.

“I don’t think anyone really strives to hide at first, it’s one of those things that happens as a result of circumstance.” He said. “I never tried to hide it, in my actions, I feel like I definitely do end up fueling some of the stereotypes,” he said. “I think to some degree, they’re stereotypes because generally, you do so a lot of people like that,” he added.

Despite being raised in an environment that didn’t send any hate his way when he initially came out, he still feels the ache that comes along with feeling the need to hide and believing who you are is wrong. Internalizing the feeling can lead to making decisions that you regret.

Catacutan mentioned he doesn’t always feel like being outspoken about his identity.

“My early high school years were the hardest time for me to realize that ‘yes, this is who I am’,” He said.  “I had like one incident where I very audibly screamed something to the tune of ‘being gay is wrong!’ but after I stopped my screaming I had that gut impulse that I knew that I didn’t mean what I said, but I didn’t know what else to say,” Catacutan admitted.

When he was first coming out, he learned that accepting yourself is a lot harder than having people accept you. With people who don’t accept you, you have the choice to exclude them.

“With how volatile the current climate is, more than ever is this the time to stand proud of ourselves and the fear is nothing compared to what our fellow human beings are going through.” He mentioned.

“I don’t have many moments where I can fully feel comfortable with my whole self. I feel like I show the palatable side of myself to others generally and have to carry all the parts I dislike on my own.” He said. “How much of myself I show really depends on how fearless I feel for the day. Most times I just want to hide in the background and just blend in with everyone around me, but other days I want to be bold and could care less about how I’m being perceived by other people,” he continued.

While Catacutan had always known that the queer community has been open and accepting, he has tried to shake the fear and internalized oppression from his past in order to become a better version of himself.

“There’s this big push from LGBTQ+ activists that ‘you need to be making your voice heard, and silence is complacency’ and having that pressure to be so in-your-face and loud is something I don’t have the confidence doing. As a gay person, it’s my responsibility to be heavily involved in politics, but there’s just a very scary air to it all.” Catacutan said.

“It’s almost a bit insulting to try to so broadly generalize a population and sort of think condescendingly on them.” He commented. “There’s a lot of personality to unpack behind people and it takes repeated encounters for people to fully showcase themselves. I also like to believe that there is more to me than just ‘look how much I can stand out’. I want to be taken seriously when it does count.”

Catacutan isn’t someone who is as afraid anymore, however he still is learning who he is as a person and how to be comfortable in his own skin. To someone who is still coming to terms with their identity and maybe doesn’t know where to start, Catacutan offered some advice.

“It might feel safer to hide in the short-term, but real quickly it becomes apparent that you can’t fully hide from what is happening.”

“It’s alright to not understand everything because not every aspect needs to be understood,” he said.

“I’m still trying to figure everything out myself, and that’s okay. You kinda just let things happen and it’s okay to be a bit impulsive. Also, you shouldn’t need to hide forever. It’s too much of a burden on yourself and you’re gonna need some mental release at some point.” He concluded.

If anyone is part of the LGBTQ+ community and is experiencing any mental health issues or is in need of support, please visit the following sites for help.