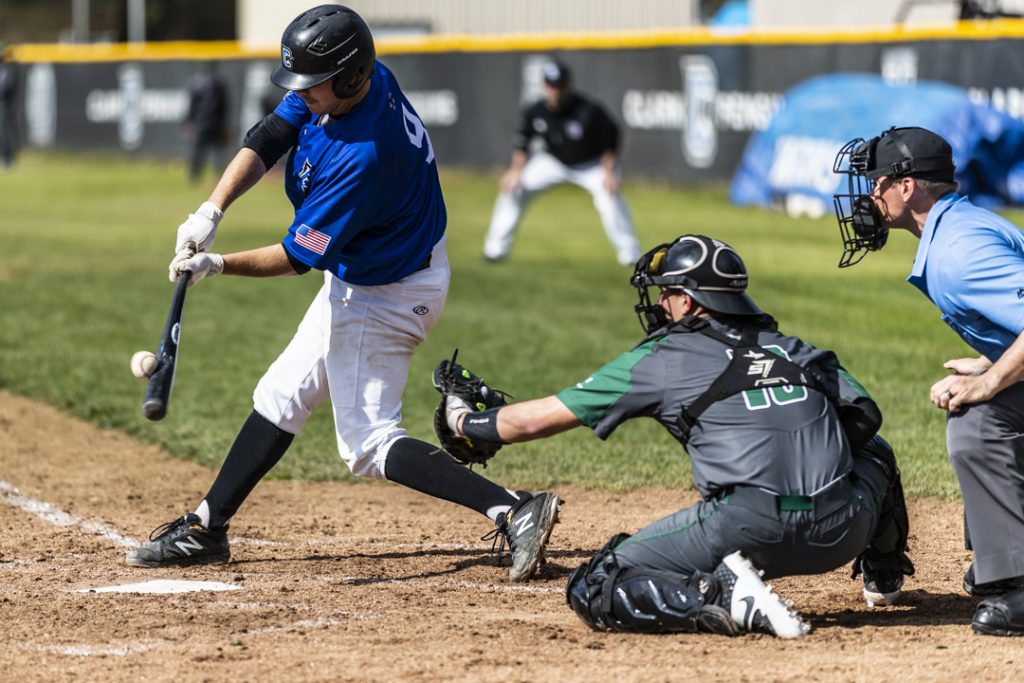 The Clark College Baseball team swept the Shoreline Dolphins in a double header winning the first game 4-1 and the second game 8-7. After struggling last year finishing their 2019 season 21-25 overall and 9-14 in conference play the Penguins have been on a tear as of late. Clark pitcher and first baseman Lucas Gregory had some positive words to say about the season as of late.

“We’re playing as a team and we’re more of a family. We all want to win for each other. We’re more balanced as a team offensively and defensively,” said Gregory.

With 16 returning players and three freshman coming off a redshirt season the experience of the Penguins has been paying off. “We have a lot of sophomores playing this year and our pitchers have stepped up; they’re still young, but our sophomore leaders have been getting it done. Having a more experienced team has been a benefit; all of our freshmen played last year, so it’s nice to have some experience under your belt,” Gregory said.

The Penguins are looking to continue to build on the 7-0 start, but are taking it one game at a time. “We just need to come out everyday and compete day in and day out, game in and game out.”