By Cat Duque and D Turk

In honor of the passage of the 19 Amendment Votes for Women and Women’s History Month, Clark College Economic and Community Development department hosted a March 2 celebration for the 100 year anniversary of U.S Women’s right to vote. The event included historical reenactments of women who lived through the suffrage movement such as Alice Paul, Lucy Stone, and Mary Church Terrell, and a revealing of a new oral history project. Clark College received a grant for all of this from the Washington State History Museum.

Women’s History Month has been declared as a national holiday (since 1987).  The holiday falls around the same time as the primary election and the issue of voter suppression is still problematic. 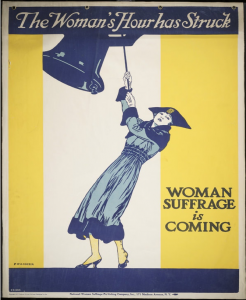 The new women’s oral history project revealed at the centennial is in the process of becoming a collection of audio stories of women from the community around Clark College. The files will document the change they’ve seen and overcome in voting. The oral history project can be accessed through Clark’s library website, and the constructors of the project would like to see as many women’s voices as possible by the end of 2020.

History department Professor Katherine Sadler said the goal is to make the project available to researchers and other members of the community surrounding Clark. “Say you want to do a research project on women and voting and this is primary source information that you could use so our goal is to ultimately make that information available for researchers or to anyone else who’s interested,” Sadler said.

Tracy Reilly Kelly is a former ECD program manager, now Adjunct Instructor teaching women’s history classes for ECD at Clark. Reilly Kelly is one of the coordinators for the oral history project and is hoping to gather a wide range of stories for the project. “The questions have to do with ‘tell us about your life’ and where have you encountered both triumphs as well as discrimination,” Reilly Kelly said. “So we want to hear great stories as well as what are some of the things that you observed in your lifetime that are real change and that are the real change that women are still talking about.” 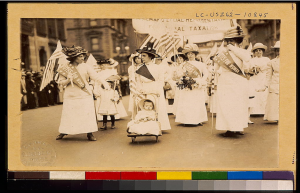 Over 150 years ago, women couldn’t inherit property on the same terms as me, and only 100 years ago could vote or serve on a jury. It was nearly impossible to gain any of these rights without gaining the right to vote and to represent themselves and their views in government.

They have achieved those rights and women have gone further, including serving in the military, law enforcement, and Hillary Clinton was the first woman to be nominated by a major party to become president.

Manda Levie is a faculty member at Clark with the division operation support in the communications and humanities department. She is in a women’s studies class and her professor asked to participate as a re-enactor in the centennial event because she knew of her interest in historic dresses. For the celebration, Levie reenacted the historical figure, Alice Paul.

Alice Paul was a women’s rights activist during the suffrage movement and one of the main leaders for the campaign of the 19 amendment. Paul and other women activists organized protests and campaigns that resulted in the passing of the 19 amendment in 1920.

“I think she [Alice Paul] would be alarmed to know that voter suppression is still happening all around the country,”  Levie said, “I think she would tell people not to take it for granted, always check and make sure you’re registered and check for others as well because people in positions of power need to step up for other folks.” 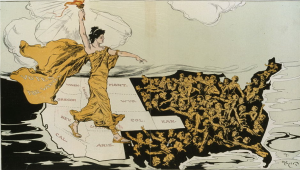 Ratification by Washington state of the 19th Amendment was on March 22, 1920, the 2/3 majority for the Amendment was reached on August 18, in Tennessee. It is celebrated on August 26, Women’s Equality Day, “As one of those national holidays you have never heard of.” Said Reilly Kelly. 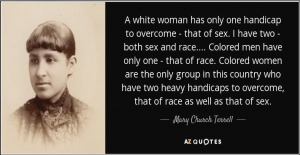 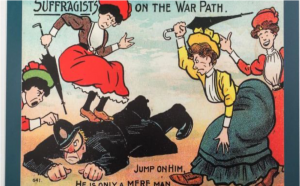 If you’re in need of professional clothing head to Gaiser Student Center for our annual clothing drive! Everyone is welcome and it is 100% free! The event will be held today and tomorrow from 9:00 a.m to 5:00 p.m.

Theydies and Gentlethem come celebrate 100 years of Womens right to vote! With cake, costumes, and speeches theres nothing to be missed! Everyone is welcome to learn about the history of Womens suffrage in Gaiser student center from 11:00 a.m.- 1:00 p.m. https://clarkindy.com/2020/02/27/clark-celebrates-100-years-of-the-nineteenth-amendment-monday-march-2/