Two Clark instructors were given the Lora Whitfield Social Equity award at the State of the College address on Wednesday, Feb. 26. Debi Jenkins and Dian Ulner were chosen as the recipients and announced by Rashida Willard, Vice President of Diversity, Equity and Inclusion.

The award is named after Early Childhood Education professor Lora Whitfield, who passed away in July 2019.

Willard prefaced the award announcement with a short tribute to Whitfield’s dedication to equity and inclusion. “[Whitfield] cared deeply about the community of which she was a part,” Willard said. “She was committed to the success of fellow employees and the students she served.”

Willard attributed the creation of the social equity plan to both Jenkins and Ulner’s work and described them as “pillars of social equity in our college community.” 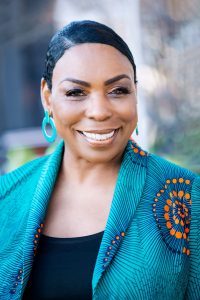 Debi Jenkins was the first to be announced.

According to Jenkins nominators, “Debi is known to have welcoming arms for students and staff of color,” Willard quoted. “She understands the need for fostering a community where all feel safe and supported. She exhibits leadership in creating a brave place for systemically non-dominant people and for conversations that cause deep reflection around privilege.”

Willard said Jenkins was a founding member of the Cultural Pluralism Committee and a member of the Power, Privilege & Inequity distribution requirement workgroup. “She was instrumental in the development of both the original Diversity Plan and the Social Equity Plan,” she said. “Social justice, equity, and inclusion are her middle names.”

Dian Ulner was the other recipient announced.

Willard said Ulner was a founding member of the cultural pluralism committee and PP&I certificate and distribution requirement group. Willard said that Ulner helped to develop “the vocabulary, curriculum and helped to administer the implementation of the PP&I graduation requirement, rubric, and certificate offered through the Women’s Studies department.”

Ulner emphasizes the importance of self-care “especially among systemically non-dominant co-workers,” Willard said. “Their office is an inviting and safe space, and they model self-care, personal growth and reflection, and space to learn from one’s mistakes.”

“Students and co-workers who have had the honor of a relationship with Dian benefit from the kind of support and acknowledgment that people of color, LGBTQI people, people with disabilities, and first-generation or low-income people desperately need to feel a sense of belonging at Clark,” said Willard.

The other nominees were Connor Cantrell, Shanda Haluapo and Cath Busha.