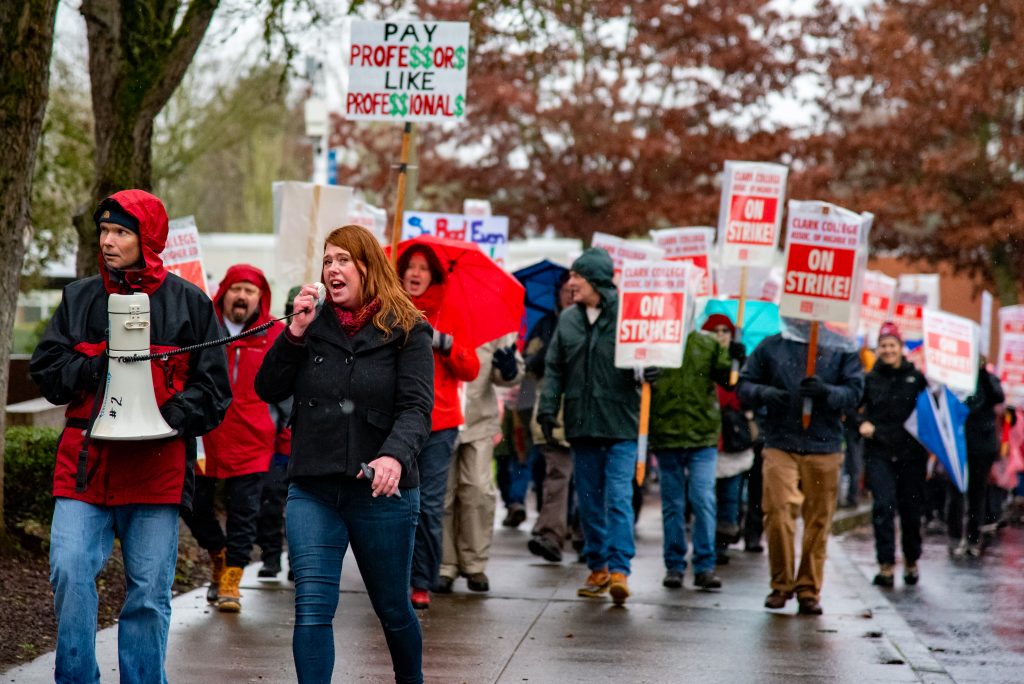 The Indy was on the ground Jan. 13 to cover the first Clark College strike in school history.

Multiple instructors paused on the picket line to share their motivations, thoughts and feelings on the historic moment. Listen to our recap:

The strike comes after several months of back and forth contract negotiations between the school and the Clark College Association for Higher Education.

Union members and their supporters began picketing around 7 a.m. Union president Suzanne Southerland said the strike will go on until an agreement is reached.

All classes are cancelled at Clark College until further notice. However, student services such as the Thompson Fitness Center, Cannell Library, and the Penguin Pantry will remain open.