Instructors at Clark College will strike on Jan. 13  if they are unable to settle their salary dispute.

On the first day of this quarter Indy reporters asked students their opinions on the possible strike. Even though classes may be cancelled the Indy will be reporting on events. Check back here for future news coverage. Here are the students’ stories.

By Ashley Jagelski and Mikayla Scheer 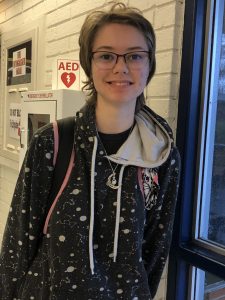 Elizabeth Walker stood by the coffee shop in Hanna Hall looking out the window at the rain. Walker became aware of the strike last quarter and wanted students to be aware of how professors were having to cancel class time to go to these meetings.

“One teacher talked about the strike a lot last quarter. There were a lot of meetings that were interfering with class time,” Walker said.

Walker gave an example of how she has been affected by the wage negotiations.

“If they’re not getting what they need, then they need to go on strike,” Walker said. “We need teachers to be taken care of, this also impacts the students.” 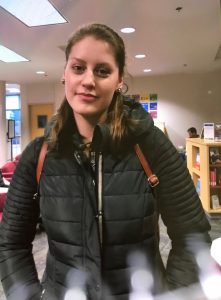 Helen Shkurov is a second year Clark student. She is taking chemistry this quarter and working towards getting her AA degree.

As a Clark student, Shkurov said it would suck if the class were canceled. She was in Cannell Library. She said she was not worried about how the strike would affect her financial aid.

Shkurov said she would join the strike if she were a teacher.

“I appreciate their job,” Shkurov said. “If they feel like their time is worth more than they’re getting right now, [they should] just do whatever they can do.”

Mathew Bishop Wright had some strong opinions when it came to the upcoming possible strike by the college faculty.

Wright’s family comes from a long line of educators, his mom being a retired middle school teacher from Louisiana, where unions weren’t mandatory for teachers.

“I saw how they were taken advantage of because they weren’t in unions,” he said.

“Why aren’t you giving teachers a better wage?” he continued the thought.

Sandy Schaft, a Running Start student at Praire High School, where the strike there lasted three to four weeks into the school year, said “I would rather that the schedule is pushed back so that the strikes were more successful.”

Schaft also said, “unions, in general, are a pretty powerful tool, so striking, I think is a reasonable thing to do and it’s a good way of communicating to the people who hold the power that the workers matter too.”

“More often than not unions benefit the workers,” she said. 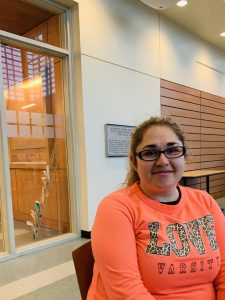 “I’m so grateful that the teachers let us come for the first couple days, I’m happy I got to meet them,” said Denise Zuniga, who was sitting in the Student Center on the first day of winter term. She believes that no matter what setting you work in, you should be valued.

“I feel like it’s going to go well but I don’t know how well it will go for them, but they will get their voices heard,” Zuniga said. “I feel like if our teachers are paid well and taken care of then they’re more able to take care of us because it’s emotionally draining for them.”

Zuniga hopes everything works out in favor of the teachers.

“As long as they have a structured plan, maybe they need us to make up school days or do double homework, and give us extensions then I’m all for the teachers. I’m going to wait it out because I love school,” Zuniga said.

Morganne Guier, a student at Clark College, gives her full support towards the professors. “Teachers get paid shit anyways,” she said. Guier said she isn’t worried about the time she’ll miss if it’s for a good cause.

Students had worries about how the strike may affect them other than having a prolonged winter quarter. Some worry their financial aid may get suspended for not attending their classes if the strike did go on throughout the term. “You don’t go on strike unless you need to,” Guier said.

By Joel Paul and Edwin Flores-Calderon 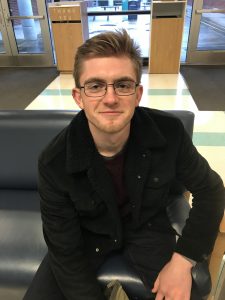 Clark student Chris Johnson supports the decision but has a reservation.

“I don’t think it’s good timing, because school just started. I understand why it’s happening, because I don’t think professors are getting paid enough,” said Jonhson. “There should be a better time to do this; the beginning of the quarter is not the time.”

By D. Turk and Brandy Stone-Lutz

Ella Konency heard about it through a campus-wide email and supports it.

Konency is a Running Start student going for an associate’s in biology. She hopes it won’t last much longer than a week. Konency said while she’s a little concerned about the strike adding an extra week to the quarter, she hasn’t thought much of it yet.

She feels it’s “unreasonable that people with master’s degrees make less than teachers in K-12.”

UPDATE: Things may be looking up between the faculty union and board. Read more ⬇️ https://clarkindy.com/2020/01/14/clark-college-strike-tentative-agreement-reached-between-union-and-faculty/

We heard our instructors loud and clear when announcing a strike. But, what are they really trying to say? Read more ⬇️http://clarkindy.com/2020/01/13/clark-college-strike-instructors-voices/