Most Clark students are under 30, exploring their options for education
and careers. However, strolling through campus and you’ll see many
who don’t fit that mold. A few students shared their stories.

Links lead to longer stories of each person. 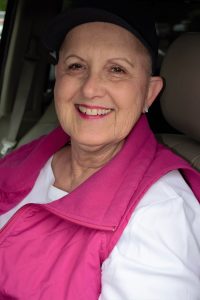 Marilyn Stewart, 71, said she found herself at the lowest point in her life last year.

Feeling like no one cared, Stewart loaded a gun, pointed it at her temple and placed
her finger on the trigger. Glancing out the window, she noticed her personalized

“I thought, ‘You stupid woman, what are you doing?’” Stewart said. She set the
gun down.

Feeling compelled to go back to school, she began addiction counseling classes in
Winter quarter. “I want to help other people,” she said. “So they don’t go 71 years
and be messed up.” Six weeks into Winter her hip began aching. She said she was
diagnosed with Polymyalgia Rheumatica, a disease that causes stiffness and aching.

“I couldn’t comb my hair, couldn’t drive, couldn’t dress,” she said. With the help of
Disability Support Services and Stewart’s psychology professor, Kelly Fielding, she
said she persevered. “I’m not going to quit,” she said. “This is the best thing that’s
ever happened to me. The Lord’s gonna use me and I wanna see how he’s going to
do that. I want to see the end of the story.”

Read full versions Most Clark students are under 30, exploring their options for education
and careers. However, strolling through campus and you’ll see many
who don’t fit that mold. A few students shared their stories. 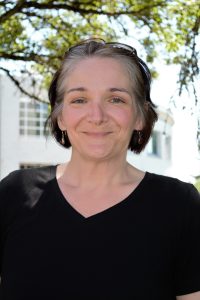 Sarah Peterson
A lifetime struggling with drug addiction left Sarah Peterson destitute. Her
husband divorced her and for years she was homeless and estranged from her
children. Now sober, Peterson, 42, will begin American Sign Language classes this
Summer to take the next step in exploring her new life and reconnecting with her
daughter who has studied ASL for two years. Now, she said, she’s putting her life
back together, but her identity is shaped by the steps she took. Peterson said her
earliest memories of her parents giving her drugs and alcohol begin at age 10 and
she’s only recently broken free from them. “Now at three and a half years clean, I
have the same job and good relationships,” Peterson said. “It’s becoming my story.”

She said getting clean was a series of events. “It was quite magical and it still is,”
she said. “I wouldn’t trade it for anything. Now I’ve got the spiritual connection and
it’s a beautiful gift.” 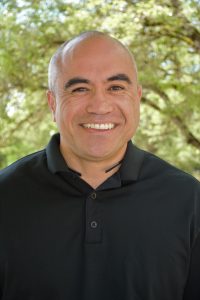 Aaron Helenihi
At age 35, Aaron Helenihi was married, had children, worked as a corporate liaison
for Toyota and felt like he had the perfect life. It crumbled when he found himself
in the emergency room with low blood sugar, diagnosed with Type 1 diabetes. “[I
thought] ‘My god, I might die if I don’t stop this,’” he said about his stressful job. In
2014, he said, his mother was diagnosed with pancreatic cancer. “That’s what did it
for me,” he said. “You look at life differently. Money is money, but time is the most
valuable thing because you can’t get it back.” Helenihi is registered for Fall quarter
accounting classes. He said he teaches workshops for the “Three Days of Aloha”
event and attends powwows. He chose accounting because it’s a personal strength
he never pursued academically and he believes it will launch his new career while
allowing him to save money for his kids’ college tuition. 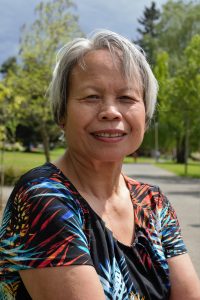 Roeuk Chen
Clark student Roeuk Chen, 75, was born in 1943 in Cambodia. By the time she
was 27, the Vietnam War spilled into her country. By June 25, 1975, she and her
family had escaped the war and arrived in Eugene, Oregon where a sponsor family
hosted them for a year while they learned English. “I compare learning English with
pulling bamboo trees back,” Chen said. “Everything seemed too fast; all connected
together.” Soon, Chen’s husband was hired in Portland and they moved again. When
Chen retired after working with several tech companies, she said it was time to go
back to school. This is her third quarter learning Spanish at Clark. Chen said she also
plans on learning American Sign Language. She said her motive isn’t a degree but
pursuing a lifelong dream of education. “I always loved to go to school since I was
young,” she said. “But I never had opportunity.” 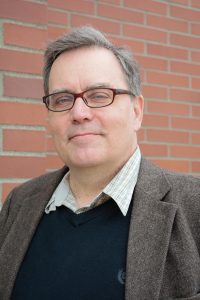 Wayne Woods
In a century of technological advances, Wayne Woods, 60, said he found his job
as a production sound recordist obsolete. He said when he first went to school, he
focused on his field as if it was the only one. “I kept at it to the point where my focus
was so narrow,” he said. “It wasn’t wide enough to realize that the world was closing
in around me.” Woods said Clark’s worker retraining program led him back to
graduate with an Associate in Applied Technology degree in web development. “The
program has given me the skills but I’m still developing that [personal branding] in
myself,” he said. “Even at 60 years of age, Wayne is still trying to figure out what he
wants to be when he grows up.”